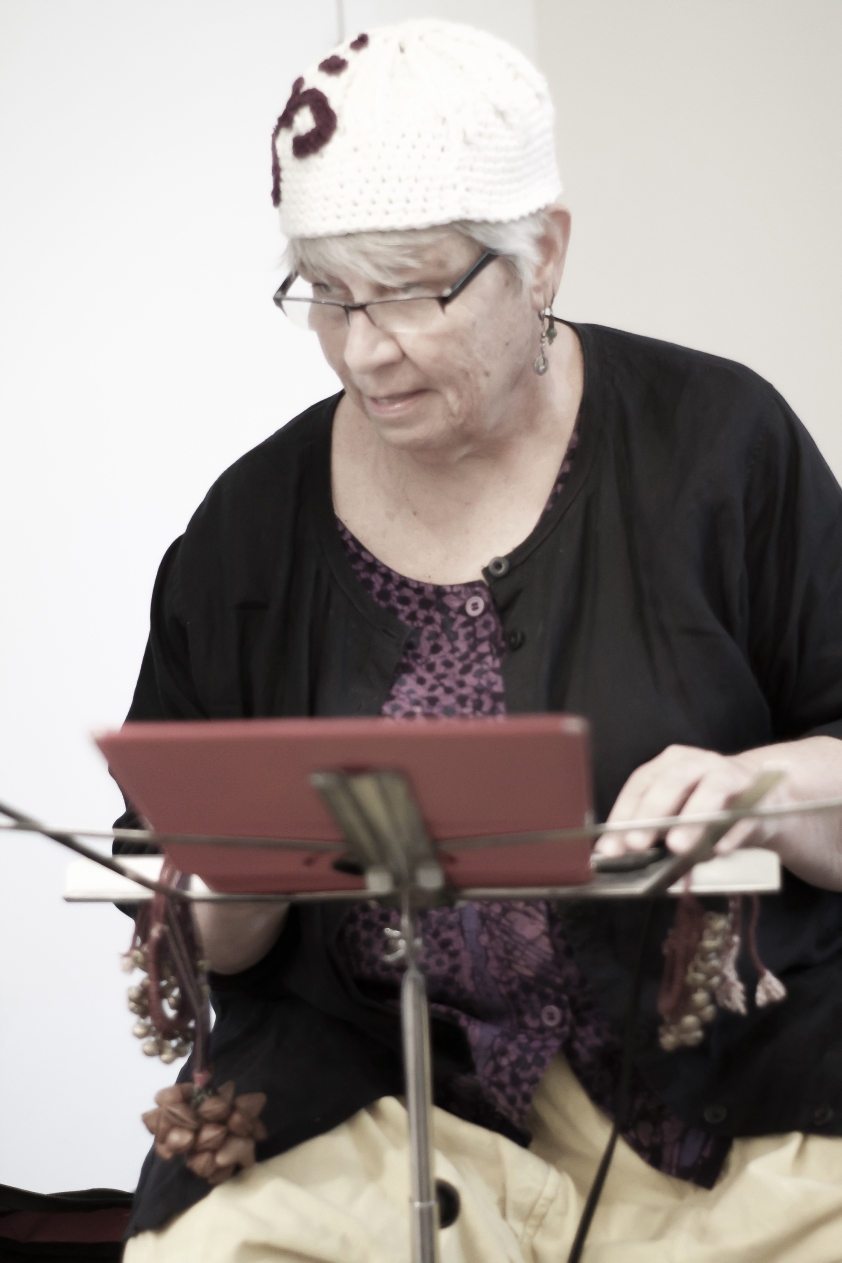 First and foremost, my deep appreciations to you the reader of this sentence. That you take the time to read about and listen to my world means more than I can express. It is my root intention to express my love and appreciation through sound offerings. Every message needs receivers. I am grateful my message has landed with you!

So many ideas for adventures in 2018. Having found my peeps at Moogfest and 919Noise, I intend to show up, be present and listen at more events. There are folks performing sonic works of art out there: Spookstina, Senator Jaiz, 80lb Test, Incidental Exercise and Ty Lake to name a few local sound artists whose work I have enjoyed this year. When the weather warms up, I’ll be out there! Maybe sooner as I want to hear 80lb Test on January 7 at Arcana in Durham. Oh, yes – need some love for the venues that feature sound performances: Nightlight Club, The Cave in Chapel Hill, Arcana in Durham, and Ruby Deluxe in Raleigh. Feel free to add to the list in the comments.

One adventure that will kick off the year is a drone piece I created as part of an exhibit at the NC Museum of Natural Sciences in Raleigh. I am part of a multi-producer team under the guidance of Eban Crawford (Senator Jaiz). Eban is the Audio Engineer for the museum and will mix our drones together for an hour long looping soundtrack for the exhibit. More on this soon!

Justin Tornow’s Company is starting up PROMPTS again on January 27, 2018. dejacusse will perform with Jody Cassell, and possibly solo as well. Looking forward to the return of this performance series to Durham. The prompt is experiment redux. Jody and I have A LOT of material for that PROMPT!

February 16, 2017 Third Friday Durham will feature all 2017 SITES performers at The Durham Hotel. Jody Cassell and I will collaborate and improvise with other dancers and musicians to shine a light on the SITES project. Stephanie Leathers -dancer, photographer and SITES Producer- encourages artists to stage dances and music in unusual locations throughout Durham. The idea is to bring eyes to, and consciously engage with the morphing Durham terrain. SITES is an Independent Weekly dance pick for 2017( https://m.indyweek.com/indyweek/the-top-five-dance-performances-of-2017/Content?oid=10468933).

Human Origami/Audio Origami- movement/sound explorations into the fold as the smallest unit of matter continues. (http://humanorigami.com) Glenna Batson, Susan Halpern and I have been workshopping this project for over two years. I now have some sound pieces for a portfolio of Audio Origami: meditations on the fold, which I will release in 2018 on Bandcamp. I am thrilled that Trudie Kiliru has agreed to create the cover art for the portfolio. I hope you will buy the album when it becomes available.

iBoD is on hiatus as we figure out what we want to do next. We are ditching public performance for now and just gathering to play together in the SunRa Room. We all enjoy this activity. It is sufficient! I hope we will play at Central Park School the Sunday after Moogfest to feature Eleanor Mills on the bells, Susanne Romey on Native American Flute and Jim Kellough on digital horn. Otherwise we will continue to stir up harmonic vibrations in north Durham.

TRIC Questions is still on the table. The idea is to treat the individual patterns of Terry Riley’s In C (TRIC) as rhythmic/melodic samples that can be voiced and placed in a variety of relationships to each other. For me, TRIC is but one way these patterns can be strung together. I want to structure improvisational workshops and create soundscapes using these samples. Terry Riley has listened to my work on this project and given me the go ahead. However, his management has not been responsive. To be continued…

Bill and Susanne Romey are working on a short film highlighting NC waterfalls. Here is a link to (Celestial) Signal Sailors, a fun musical romp with an intergallactic romance, which many local artists worked on a few years ago:

I am privileged to work with them on the soundtrack for the new film.

Novation Launchpad app for IOS has my attention of late. After using the app for SITES, I am working on creating sound clips in Ableton, importing them to Launchpad and sculpting sound. The FX are fantastic for really taking many snippets of sound and spread it, repeat it, echo and really swing and shimmer the harmonics. So my setup for performance is in transition at this time. Another possible addition will be an electroacoustic conversion of my Nanan’s autoharp. I plan to take the chording apparatus off, tune the strings in interesting intervals and apply contact mics. Laaraji who performed the sleep concert at Moogfest last year had two autoharps set up that way to a sweet effect.