The cohorts and I are working out the language and form of our playing as we prepare to perform in public spaces. We are developing referents to describe what we are doing, studying those referents in our sessions, and then forgetting about them when playing. The big attention goes to LISTENING when we play in spaces with others.

How our soundlings get mixed together is informed by deep listening, working with dynamics in our playing, and making clear decisions to stand out or blend in to what is swirling around us. In upcoming sessions, I will encourage everyone to sit out for at least a minute per soundscape performance. Also, encouraging cohorts to pay more attention to the soundscape in the beginning. Let the soundscape establish a tone or a feel, then we can start talking to it and through it.

Longer soundscapes have various movements where the feel, tone or rhythm changes. I trigger these movements in Ableton, so we are figuring how this can happen in collaboration with others. So far, three methods have revealed themselves:

Here is an example of number 1 and then number 3:

As we continue to play together, it will be interesting to see how many ways to accomplish this one shift will be revealed.  In the same way, we are discovering and identifying new ways to sonically interact with each other. It was great fortune that we played together in the Triangle Soundpainting Orchestra, learning the language of soundpainting. (See previous post: http://wp.me/p5yJTY7g) This has given us a starting point to describe what we can bring to each scape. I like loose guidelines. Once again, I follow Terry Riley’s lead with a desire to articulate a vision that has lots of space within it for others, and is crystal clear! I aspire to that.

My sense of how the soundscape will BE in a public space has moved from a warm fire to a dance of the elements and the ethers. This week’s collaborations have helped clarify this dance as flowing and spinning. We are playing in the mud of resonant, deeply intimate interactions of harmonic frequencies. In 2014, while spending a year studying Terry Riley’s “In C”, it became apparent that overtones could be “bumped up” like a balloon above the crowd. (See “Music as Medicine” post from last year: http://wp.me/p4dp9b-br)  Overtones can crowd surf over the swirling frequencies.  So I am favoring reed instruments, resonant bells, and strummed/bowed strings as instruments that contribute to the blending and spinning of large swaths of sound frequencies. The soundscapes are a turbulent circular movement of voices that alternately rise up and speak out, or blend in and move the larger vortex around and around. Horns, flutes, plucked strings, and keyboard instruments cut through the dense underbrush of frequencies to make their own statements. These voices provide a melodic comment on the larger moving body of sound. 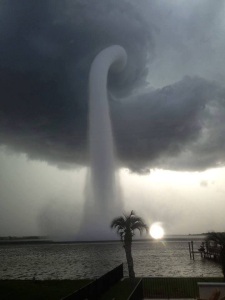 Where is all of this going? Now-here! We allow the soundscape at play in a particular space and time to take us where it wants to go.  The recording of the soundscape in a particular time and space is how it becomes “nested”.  I consider the examples above as nested soundscapes because they are RECORDINGS of soundscape creations amplified in the Sun(Ra) Room with Jim, Eleanor, Susanne and I playing within the scape. How deeply embedded this nest can become is a place of further exploration.

Yes, life is happening! Re-reading the first series of blog posts of 2015, some of the projects I wrote about are NOT happening, while new ones keep arriving. (I have a Halloween soundscape that I would love to perform somewhere in October.) For this summer, the work has come from American Dance Festival opportunities: Moving Meditations and two dance class accompaniment gigs have rendered new sound sketches that I am excited about. Two appearances at the Open Eye Cafe (so far this year) have rendered the idea of “nested” soundscapes which is in development. All of this happening in a stew of self-reflection on relationships and love stirred up by all the family connections of the summer.

My cohorts are coming over today. In preparation, I listened to  recordings from our past sessions with the idea that I would “direct” the movement of the soundscapes a bit more.  I listened to our first session from March with the thought that I would hear this “tremendous” difference between that session and our most recent one. What I discovered was that my cohorts are deep listeners, courageous explorers of the sonic Universe, and they “get” the soundscapes. This has been true from the beginning. WoW! I am overwhelmed and humbled by their loving attention. Less effort, less direction on my part, seems to be working well.

Still, I would like for us to have a language that would help us focus and talk about what we are doing together. Susanne and I discussed using some concepts from our Triangle Soundpainting days to guide our improvisations within the soundscapes.  Again, as I listened I discovered that the cohorts are using these concepts already!! Jim is the “pointillism” man, Eleanor wails the long tones on the harmonicas, and Susanne comes up with minimalist loops and long form improvisations.  And they ALL relate to each other and the soundscape in a variety of interesting ways. These people are amazing!

So, today, I want to give them examples of things I like from the recordings and find out what they are liking. Then we are going to use Soundpainting “what to play” ideas to constrain us in creative ways. I am going to use “Snake Dance” as the base; it provides a wide open field with a fun rhythmic drive.

Here are the eight “what to play”s derived from Walter Thompson’s Soundpainting: The Art of Live Composition, Workbook I

Relate to – imitate, sync with, support another part

Synchronize – relate to another part in an oppositional/counter weighted manner i.e. fill in a gap, play loud against soft, pitch beats, same phrase slowed down, etc.

Stab Freeze – like a hiccup or a stuck record; short repeated sound. Do this for extended periods for trance and short periods to wake up.

Long Tones – rhythmic or arrythmic series of held pitches. (This makes nine “what to play”s.  I left long tones out of the mix! Sorry, Eleanor! They are back!)

We each had two constraints to play within. “Snake Dance” is a wide open field of sultry bass, deep kicks, and conga licks, so everybody feels a bit naked. Eleanor had the two relational  “whats” so she really had her work cut out for her and did an amazing job. Here is a snippet:

We came up with a different “what” sound called “fluttering”. This idea comes from the sound of the ukelele strummings during the soundscapes. Susanne has picked it up on the piano. Here is an example of that sound from another piece called “Undulatto”:

A few months ago, Eleanor suggested we do something with a waltz feel. I started a piece called “A Question of Waltz” with several stabs at sketches in 3 and 6 beats per measure. Most of these did not have a waltz feel unless you searched for it, which I thought was fun and quirky. Then I put together some sketches for Larry Keigwin’s ADF Sunday evening Community Dance Class the end of June. The  following is one of the sketches. This morning as I waltzed  around the studio to this piece I realized we might have our waltz. (This was recorded ambiently in The Sun(Ra) Room, and sounds best through speakers rather than headphones.)

In another exciting development, a friend has comissioned a piece for her upcoming fortieth birthday. More on that later.

New ideas, new plans for the remainder of 2015.